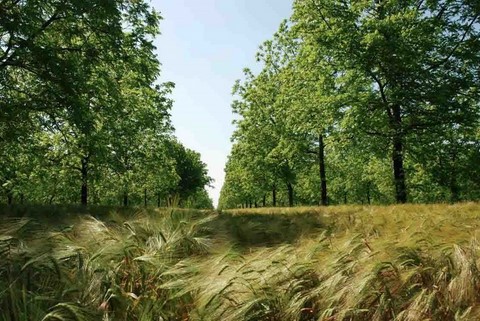 Agroforestry refers to the association with trees and crops in the same plot of land. It's a agriculture which preserves the soil. There are a big variety of examples like woody pastures, grazed orchards or country side with small fields and many hedges. They exist on every continent. New examples will appear, particulary under the tropics, because thr trees diversity is under-exploited.

These agrosystems are ancient. Before the farm machines, implements and fertilizers revolution, they were commun in the world. After the world war II, the development of agribuisness promoted the monoculture spread and the trees and hedges uprooting.

We understand better today what the agroforestry bring to the environment and to the society, particulary in comparison with the stakes of 21th century like the water, the pollution by the fertilizers,the cost of chemicals fertilizer, the demand in renewable energy and the climate changes.

In agroforestry, trees are planted young, allow a optimal growth, with crops around them, then the crops will evoluate year after year as trees are growing.
So trees are complementary with the crop. 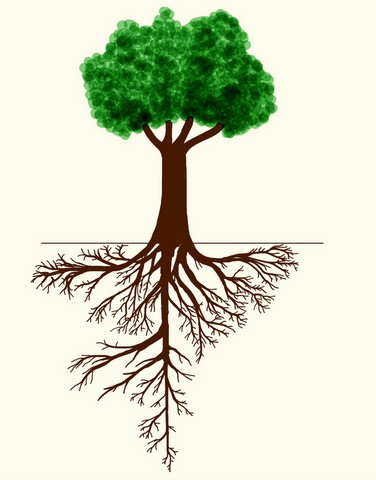 Submitted by Kate Langford on February 9, 2015

Not surprisingly, researchers have concluded that trees are the most effective technology for removing carbon dioxide from the atmosphere and reversing global warming.

An article in Bloomberg Business reports that scientists from Oxford University have spent a year investigating other ‘Negative Emissions Technologies’ (NETs) such as capturing emissions from factories and power stations, extracting carbon dioxide directly from the air and adding lime to oceans to increase their absorption of carbon dioxide.

Planting trees (afforestation) and biochar were found to be low-cost, have fewer uncertainties and offer other benefits to the environment compared to other NETs.

The scientists have suggested that post 2050 other NETs may have more potential and investments should still be made in them in case they are needed.